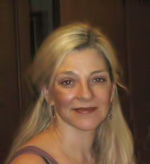 Kathryn Rosenbach was born in Buffalo, NY and began her early musical training as a pianist at the age of three. She was born into a musical family -- her father Daniel Kayne was a well-known jazz pianist in Buffalo. As a child she studied flute, piano, music theory and sang. One of her teachers, Livingston Gearhardt, was a respected pianist and composer who served as a mentor for Rosenbach at an early age. She studied at the Chautauqua Institute, Fredonia State College, the Cleveland Institute for Music and received BFA and MFA degrees from SUNY at Buffalo.

Rosenbach pursued her doctoral studies at the Eastman School of Music as a piano major and at the acclaimed Accademia di Chigiana in Siena, Italy, where she studied with Guido Agosti and received an Artist Diploma. Her teachers were Stephen Manes, Barbara Lister-Sink, David Burge and Jeffrey Kahane.

Kathryn has taught at many institutions, including SUNY Buffalo, the Eastman School of Music, Nazareth College, Simmons College and the Longy School of Music. Rosenbach teaches piano privately at her studio in Belmont, MA, at the Lexington Music School and the Powers Music School. She has performed as a soloist and chamber musician throughout the United States and Canada.

Ms. Rosenbach is the Music Director at the First Church in Chestnut Hill, Massachusetts and choral director and chamber music coach at the Music on the Hill Summer Chamber Camp.

Kathryn has released two studio recordings of her thematic recital programs. "Exploring the Fantasy" presents music of Bach, Chopin and Schumann. "Sights and Sounds of French Impressionism" is music by Debussy and Ravel. Her CDs and MP3s are available from CDBaby, Amazon, iTunes, and Spotify.

Her compositions reflect a wide variety of genres...from choral music to chamber music. She is a BMI composer.

Kathryn Rosenbach is known for her performances as a pianist, as well as choral conductor, composer and teacher. She was the Artistic Director for the Composers in Red Sneakers from 1994 until 2002. She has also been an active member of the chamber music community, playing with the Janus 21 Chamber Ensemble and the Avatar Ensemble, among others.

Ms. Rosenbach received BFA and MFA degrees from SUNY/Buffalo, an Artist's Diploma from the Accademia Musicale di Chigiana, and has pursued doctoral studies at the Eastman School of Music. She has also studied at the Chautauqua Institute, SUNY/ Fredonia, and the Cleveland Institute of Music.

As a member of the U/B Percussion Ensemble, she participated in the recording of "Music for Six" by Lukas Foss on CRI under the direction of Jan Williams. In addition, she has recorded for the BBC, NPR, and PBS. In past years, she has produced two videos: "What Makes Music?" and "Explorations and Transformations."

She has released two studio recordings: "Exploring the Fantasy," and "Sights and Sounds of French Impressionism," available from CDBaby, iTunes, and others.

Ms. Rosenbach is the Music Director at the First Church in Chestnut Hill, Massachusetts and choral director and chamber music coach at the Music on the Hill Summer Chamber Camp. She is a BMI composer.